Casual Engagements – Not Quite As “Casual” As They May Seem 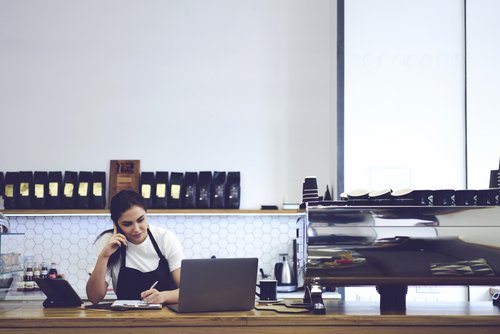 Businesses engage “casual” employees for a variety of reasons.

Hiring casuals can provide flexibility for businesses who are looking to hire a more flexible workforce. Often, casuals are engaged as an interim measure to staff a particularly busy period such as Christmas time. Some businesses, for example, a retail store may choose to hire university students who cannot commit to a regular pattern of hours and slot in work around their study commitments or on an as needs basis. One attraction to businesses in hiring casuals is that they do not always have to guarantee ongoing employment.

Whatever the reason, it is crucial that employers do not throw around the “casual” label without carefully considering whether the engagement constitutes genuine casual employment.

Far too often, businesses overlook the fact that employment relationships change with time. An employee initially engaged as a casual may eventually mirror permanent employment, but the business may continue to pay the so-called “casual” a casual loading, and fail to make provision for sick leave, annual leave, and long service leave accrual.

Employers should also consider the length and regularity of casual employees’ engagement to ensure they are aware when a “casual” becomes a “long term casual” within the meaning of the Fair Work Act 2009 (Cth) (‘FW Act’) triggering entitlements to parental leave, unfair dismissal, and an entitlement to request flexible working arrangements.

What is genuine casual employment?

The FW Act does not define “casual” employment and awards generally contain a brief (and somewhat unhelpful) definition: “an employee engaged as such”.

Some awards place limits on casual employment, for instance clause 12.5 of the Cleaning Services Award 2010, provides that “Casual employees may only be engaged to perform work on an intermittent or irregular basis to work uncertain hour or to replace a weekly employee who is rostered off or absent”.

Various Court, Tribunal, and Fair Work Commission decisions have provided some guidance on the definition and nature of “casual” employment. In essence, these decisions provide that a genuine casual employee works only on an as needed basis, and the employment relationship lacks a pattern, regularity, and the expectation of ongoing employment.

The rationale for paying casuals a 25% loading is to compensate the casual employee for public holiday pay, accrual (and payment for) personal leave and annual leave that they would otherwise receive as permanent employees.

As time passes, businesses often fail to reassess the status of their employees, often letting long term casuals slip under the radar.

Under section 12 of the FW Act, a “long term casual” is defined as a casual who has been engaged by an employer on a “regular and systematic” basis for a sequence of periods of employment over at least a 12-month period.

The concept of “regular and systematic” is not defined in the FW Act but has received significant judicial attention. Put simply, each engagement should be considered on a case by case basis and employers should have regard (without limitation) to whether:

Perhaps of greater concern (and certainly greater liability for employers) are circumstances in which employers use the label “casual” for an engagement that, in fact, mirrors permanent employment.

For example, in a decision handed down by the Federal Circuit Court of Australia in Darwin earlier this month, Apostolides v Mantina Earthmovers & Constructions Pty Ltd [2018] FCCA 217 (7 February 2018) Judge Young held an employee to be a permanent employee despite acknowledging that both the employee and his employer considered the engagement to be casual and despite the fact that the employer’s payroll system recorded his employment status as “casual” from commencement of employment in May 2000.

The employee, Mr Apostolides successfully claimed an entitlement to accrued annual leave and payment in lieu of notice.

Mr Apostolides commenced employment with Mantina Earthmovers & Constructions Pty Ltd (‘Employer’) in May 2000 ostensibly as a “casual” and the Court accepted evidence that both parties considered the employment arrangement to be as such. For example, the Court noted that “the absence of payment for public holidays would seem likely to indicate… [employment] on a casual basis” and that it appeared “implausible that a worker would not seek to take annual leave at some time during 15 years of employment” indicating Mr Apostolides’ implicit acceptance that the position was casual.

Ultimately, the Court considered the totality of the relationship and His Honour remarked that Mr Apostolides and the Employer had mistakenly arrived at their understanding that the employment relationship was casual in nature, commenting that, “the other attributes of the applicant’s employment, including its long term, regular and systematic nature were ignored at arriving at this belief.”

The Court determined that Mr Apostolides was not just a long term casual employee but, in fact, a permanent employee from commencement of his employment.

Significantly, in arriving at its decision, the Court determined that Mr Apostolides was covered by the Quarrying Award 2010 (unbeknown to either party) and that Award deemed an employee permanent unless there was a contract in writing to the contrary.

The decision is a timely reminder that employers need to periodically review employees’ status to ensure they are accurately characterised, that accurate records and accruals are maintained, and set aside funds to pay out any accrued entitlements when necessary.

What about the right to convert to permanent employment?

In July 2017, the Full Bench of the Fair Work Commission handed down a decision to include a model clause in awards that will allow certain casual employees with a right to request a conversion to permanency.

Whilst not yet incorporated in modern awards, employers will need to “watch this space” given that the change will impose an obligation on employers to consider requests from casuals employed for 12 months on a pattern of hours on an ongoing basis that could be continued on a part-time or full-time basis. Employers will only be able to refuse requests for conversion on limited grounds and, once introduced, will be obligated to notify employees of their right by providing a copy of the conversion clause within the first 12 months of engagement.

It is crucial that employers do not misuse (intentionally or otherwise) the “casual” label and instead consider the employment status that is the most accurate fit. Further, employers should periodically review employees’ status to ascertain whether they may have reached “long term casual” status.

If you are concerned regarding the nature of your casual employees, please get in touch with our legal team who can assist you further.