Does Intoxication at an After Work Event Justify Summary Dismissal? The FWC Provides Guidance 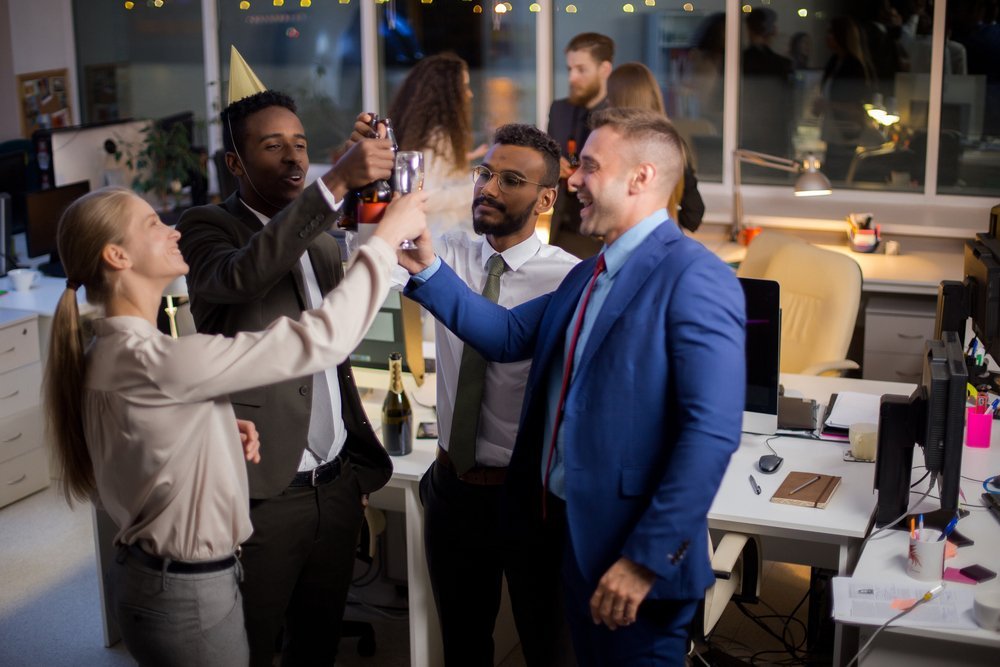 “Frankly, if one act of inoffensive drunkenness at an after work function provided valid reason for dismissal, I suspect that the majority of Australian workers may have potentially lost their jobs.”  Commissioner Cambridge in Trudi Puszka v Ryan Wilks Pty Ltd T/A Ryan Wilks Proprietary Limited [2019] FWC 1132

A recent decision of the Fair Work Commission concerned the dismissal of a female employee who got so drunk at a post-work drink function that she vomited on the bar’s floor.

The employee worked in an administrative role for an electrical contractor whose major client was the Sydney Opera House. She attended an after-work function in the bars of the Opera House on 20 July 2018.

Reports reached her employer that the employee had became so intoxicated at the event that she was stumbling, threw up on the bar floor and had to be helped out of the venue. In addition, it was also reported that the employee had made propositions of a sexual nature towards a Sydney Opera House employee as well as making derogatory comments about staff members of Ryan Wilks Pty Ltd (her employers) and the Opera House. Relevantly, the reports did not come from the employee who had allegedly been sexually harassed.

On 2 August 2018 after a brief investigation and disciplinary process, the employee was terminated from her position as Project Administrator due to her conduct at the event. The employer determined to “summarily dismiss” her – ie to dismiss her instantly without providing her a period of notice or payment in lieu of notice.

The employee subsequently lodged a claim for unfair dismissal under section 394 of the Fair Work Act 2009.

In the proceedings the employee admitted that she had consumed ‘a considerable number of alcoholic drinks and became intoxicated’ and confirmed that she did throw up in the bar area. However, she denied making sexual advances towards a co-worker. She also denied using derogatory language towards the employees of the Opera House or of Ryan Wilks Pty Ltd.

In the Fair Work Commission, her version of events were confirmed by a number of staff who had been attendance at the event. It also became apparent that the employer had known that the employee who had been reported to have been sexually harassed denied that this had happened.

The Fair Work Commission found that the employer had not conducted a balanced investigation, and had relied on hearsay evidence (ie one person’s report of what another person said, rather than first-hand evidence) in order to make the decision to terminate the employment of the employee.

The FWC further found that the employer was aware that there was no basis for a finding that the employee had sexually harassed another member of staff, but proceeded to dismiss her because of this in any event.

In the FWC’s own words:

“[61]….The employer was understandably concerned that the misconduct of the applicant at the farewell drinks function might have some impact upon the renewal of its contract with its major client, the [Sydney Opera House]. Consequently, in this instance, there would seem to be sound basis for the employer to have implemented some form of disciplinary action in respect to the misconduct of the applicant associated with her drunkenness.

[62] However, on any reasonable and objective contemplation, a single act of drunkenness at an after work function which did not involve any abusive or aggressive behaviour, and for which no serious risk to the reputation or viability of the employer’s business could be established, would not represent misconduct that provided a sound, defensible and well-founded reason for dismissal. Frankly, if one act of inoffensive drunkenness at an after work function provided valid reason for dismissal, I suspect that the majority of Australian workers may have potentially lost their jobs.”

The Fair Work Commission was also highly critical of the fact that the employer had summarily dismissed the employer (ie dismissal without notice). The Commission recalled previous case-law which confirms that summarily dismissal is only available in cases of “serious misconduct”, namely those cases of such severe bad behaviour that they indicate that the employee-employer relationship cannot continue – even for the length of the notice period.

The Commission pointed out that the employee had been allowed to remain in her position performing her normal duties from 20 July to 3rd August (rather than having been suspended). This was inconsistent with the employer taking the position that her conduct was so bad to fit within the definition of serious misconduct.

The Fair Work Commission was ultimately found to have been unfair, and she was granted reinstatement to her previous position.

Although it is possible to rely on the conduct of employees at after-work functions to justify disciplinary action (including dismissal, where appropriate), a single act of drunkenness which does not involve aggression or harassment is unlikely to form the basis for a sound reason to terminate.

Where an employer wishes to carry out a summary dismissal it is essential that they can show that the employee’s actions are inconsistent with the employment relationship continuing, even for a short period. In this case, the fact that the employee was allowed to carry out her duties while the matter was being considered (rather than being suspended) counted against the employer.

It was also clear that the lack of proper investigation and the one-sided disciplinary process that was carried out was fatal to the employer being able to defend the unfair dismissal claim. Where employers are faced with conflicting evidence relating to misconduct it is advisable that a thorough investigation is carried out – all relevant witnesses should be contacted and interviewed carefully.

There was no mention in this case that the employee had been given any guidance about appropriate behaviour at work-related functions. Employers are advised to have in place workplace policies that make clear to employees how they are expected to behave at such functions. This makes it much easier to defend disciplinary action taken against badly behaving staff.

At Employment Innovations our advisers have a wealth of experience in dealing with workplace investigations and disciplinary matters. Our clients can access unlimited workplace advice through our subscription products, which also include packages where you’ll be provided with all the HR documents you’ll need – such as policies dealing with behaviour at after work events. If you’re facing a legal claim or need legal advice, our legal team can help. Need more information? Contact us today.

This article was written jointly with Melissa Krest.