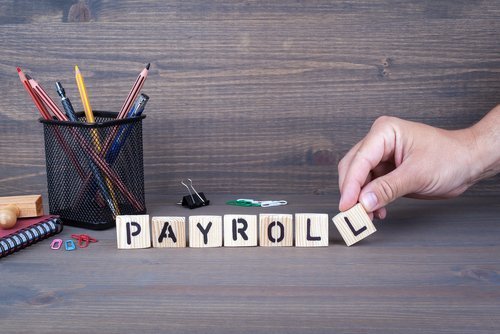 Keeping proper records is an often-overlooked part of running a business. In a recent underpayment case, the Federal Circuit Court has highlighted the importance of employers meeting their record-keeping obligations, and the serious penalties for failing to do so.

What are your record keeping obligations?

Employers’ obligations in relation to employee records and pay slips are contained in the Fair Work Regulations 2009 (Cth) (‘the Regulations’). By way of summary, some of the records that employers are required to keep are:

All records must be in a legible form, in English language and kept for a period of 7 years.

Employers are also required to issue pay slips to employees in electronic or hard copy form within one working day of paying the employees their wages. The Regulations stipulate in detail the content which must be specified on pay slips.

In 2017, the Fair Work Amendment (Protecting Vulnerable Workers) Act 2017 (Cth) which amended the Fair Work Act 2009 (Cth), reinforced these record-keeping obligations. Section 557C of the Act now makes it very clear that the employer bears the burden of disproving any alleged contravention of the Fair Work Act where they were required to keep records or issue pay slips, unless they have a reasonable excuse. This means that if an employee keeps their own records, those records can be used as evidence against the employer, even if the records are informal, as occurred in Fair Work Ombudsman v Pulis Plumbing Pty Ltd [2017] FCCA 3013.

In December 2017, Pulis Plumbing Pty Ltd was fined $100,000 by the Federal Circuit Court for failing to pay an apprentice overtime entitlements and contravening record-keeping obligations. The director himself was personally fined $21,500 under accessorial liability provisions of the Fair Work Act.

Pulis Plumbing also had to repay $26,882 of unpaid overtime entitlements to the 20 year old, second-year apprentice for the 3-month period worked. The apprentice was paid only $1,831 for 201 hours of overtime. This meant he was paid at a rate of $9.11 per hour for overtime work, which was less than his ordinary rate of $12.18. After his employment ended, the apprentice asked for his overtime payments, to which the director of Pulis Plumbing responded “Stop doing my head in” and “Seriously, f**k off. When I’m ready”. After the Fair Work Ombudsman was involved, Pulis Plumbing ultimately admitted to the contravention and rectified the underpayments.

In order to calculate the underpayments, the Court used the apprentice’s diary notes of hours worked, which he kept on the good advice of his uncle and friends. Pulis Plumbing could not (or did not want to) produce any time records, and so had no way of rebutting the apprentice’s evidence. Judge Riethmuller said it was lucky the apprentice did keep records, and added, “in a case such as this, I would have been prepared to accept even generalised estimates from the employee as to his hours”.

Not only was the apprentice underpaid, but also his time with Pulis Plumbing did not count towards the completion of his apprenticeship because the company failed to fill out his apprenticeship documents. This means he should have been treated as a labourer, not an apprentice, and paid the higher rate for labourers. The Fair Work Ombudsman had previously told Pulis Plumbing’s director that only registered apprentices can be paid apprentice’s wages. Judge Riethmuller described the company’s conduct as “outrageous exploitation of a young person”.

This case shows how serious the consequences can be for employers who do not keep proper records and breach their Fair Work obligations. The courts have made it clear that exploitation of apprentices, young people, and vulnerable workers will not be treated lightly. Employers must keep accurate records, co-operate fully with any Fair Work Ombudsman investigation and properly complete apprenticeship paperwork to avoid penalties.

If you have any questions about your record-keeping obligations, please get in touch with our legal team who can assist you further. You can also check out our suite of subscription products underpinned by payroll and HR software designed to simplify employment and make compliance easier.