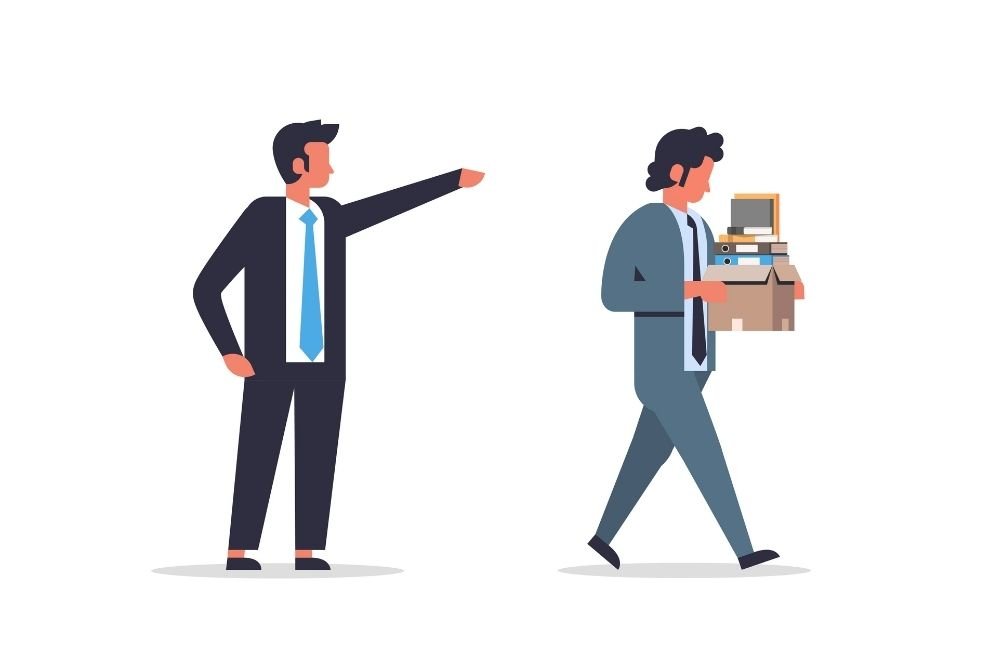 Many businesses are faced with difficult choices when it comes to navigating complex areas of HR such as managing misconduct, breaches of company policy or dismissals.

In particular, the choice of whether to dismiss an employee or to retain them to work through performance or misconduct issues can be difficult. Both outcomes can carry complex risks—it is not possible to entirely predict the consequences of one choice over the other, otherwise making decisions would be a lot easier having known all the facts in retrospect. So, how do we know how to make the right choices?

Case law from courts and tribunals holds invaluable lessons for those prepared to learn from others’ mistakes. This can provide an opportunity to develop a greater understanding of grey areas of employment law, areas which otherwise catch many businesses off guard.

The recent case of Kylie Smith v Bank of Queensland Ltd [2021] FWC 4 acts as a reminder to employers of the highly sensitive nature of dismissals, including the importance of the reasoning behind decisions and what measures can be taken by employers to ensure misconduct is handled appropriately.

Background to the Case

In the case, the Bank of Queensland (’BOQ’) was faced with the choice of retaining or terminating an employee after she, as Branch Manager of 11.5 years, mistakenly transferred the final $37,500.00 from a draw down loan, held by a BOQ customer, to an account operated by a person who had fraudulently intercepted the emails of the BOQ customer.

In any unfair dismissal case, the Fair Work Commission will look to a number of initial factors before an unfair dismissal claim to be accepted e.g.: whether the application is made within the 21-day window; is the applicant a person protected from unfair dismissal (or are they excluded due to short service, or high earnings, etc); whether special small business employer provisions apply and whether or not the dismissal was a case of genuine redundancy.

Provided the necessary criteria are fulfilled and the employee is eligible to make a claim, the Commission will next look at whether the dismissal was “harsh, unjust, or unreasonable”.

This includes consideration of matters such as:

An unfair dismissal will be found to exist if the dismissal is judged to be harsh, unjust or unreasonable in light of these factors or any other factors that the Commission deems relevant.

In the current case, following a formal internal investigation, the employer dismissed the employee based on the conclusions that the employee had:

It was also determined that the employee had demonstrated a pattern of behaviour and conduct that did not align to the inherent requirements of the employee’s role and that the Bank had lost trust and confidence in the employee.

The key question here was not whether the employee failed to take proper care in the performance of her duties. The Commission noted both the employee and employer had opportunities to prevent the fraudulent transfer of money from occurring and that the employer was responsible for enabling the course of events as much as the employee. The question was not who was to blame for the action, but, with all relevant factors considered that led to the dismissal, whether the dismissal itself was harsh, unjust or unreasonable.

The Commission therefore had to determine whether this was a valid reason for dismissal, i.e. whether the Bank had a reasonable basis to conclude that it could no longer trust the employee to properly carry out her role as Branch Manager.

What was the Commission’s decision?

Ultimately the Commission found that the Bank could not reasonably come to the conclusion that it could no longer trust the employee to perform her role. The Commission’s decision was due to factors including the employee’s long tenure and otherwise positive employment record, and the preventative measures that were now in place to prevent such an incident from occurring again.

The Commission also considered that other relevant factors included the increasing rate of active fraudulent activity within the industry meant that this was a common risk for most large banks and the onus was on BOQ to appropriately manage risk and enforce policies within the business.

Additionally, the Commission noted that the employee was not a trained lender and as such was not equipped to have performed the transaction, however, BOQ did not have enough trained staff available to support the request at the time. Whilst employees are responsible for performing the inherent requirements of their role, there is also an underlying obligation for employers to have appropriate procedures and policies in place to support employees in the fulfilment of their duties.

Overall, the Fair Work Commission found that the reason for the dismissal was: “disproportionate to the gravity of her misconduct and that mitigating factors were not taken into account or given appropriate weight in the decision […] to dismiss her.”

This meant the dismissal was:

Where an employer is considering dismissing an employee due to loss of trust in their ability to perform a role, it is always advisable to consider alternative outcomes such as mandating appropriate training, auditing policies and processes, as well as considering redistribution of tasks if employees are found to be performing work outside the scope of their role.

Other key takeaways from this case for employers are: