What’s The Deal With Wage Theft In Victoria? 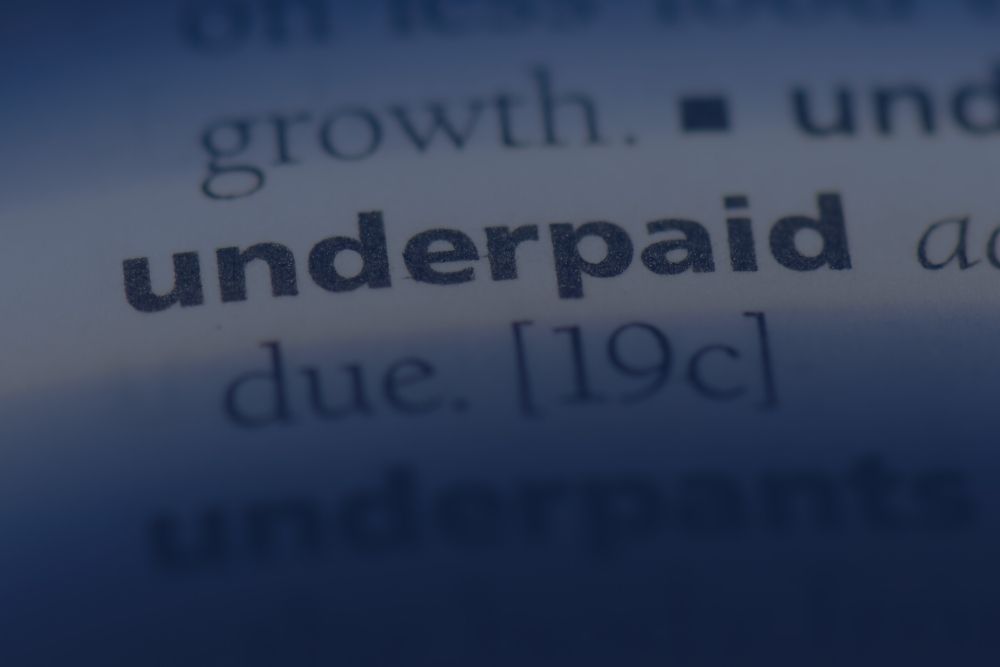 On 1 July 2021, it became a crime for an employer in Victoria to deliberately underpay employees or dishonestly withhold employee entitlements. For the first time, this means that there will be criminal penalties, including jail time for employers, when they underpay their staff. The Victorian Parliament passed the Wage Theft Bill 2020 on 16 June 2020.

For an employer to be guilty of an offence they must have acted dishonestly in relation to these matters.

The definition of “employee entitlements” is broad and includes entitlements under modern awards and contracts of employment. This is not limited to just wage or salary payments but also includes offences relating to employees not being provided with entitlements to annual leave, long service leave, meal breaks, and superannuation.

The offences relating to record-keeping require an employer to have falsified records relating to employee entitlements or deliberately failed to keep records in order to attempt to disguise underpayments.

The penalties for contravening the new law are:

How is this different from existing employer obligations?

The key difference between the Wage Theft Bill and existing obligations prohibiting underpayment of employees is that the Bill requires dishonest intent.

Existing provisions under the Fair Work Act 2009 do not require employers to have acted dishonestly – a failure to pay an employee correctly even by accident is still a breach of the Act.

Given the severe penalties available under the new law (e.g. prison time) an offence is only created where an employer has acted dishonestly.

“Dishonest” in this context will be assessed objectively, i.e. what a reasonable person would consider to be dishonest rather than the actual state of mind of the employer. It is intended to extend beyond intentionally dishonest conduct to recklessness. Therefore an employer willfully “burying their head in the sand” to seek to avoid knowledge of underpayments could still be found guilty under the new laws.

There is a defence under the Wage Theft Bill where an employer has acted with due diligence (e.g. taken reasonable steps to ensure employees are paid correctly) but despite this, an underpayment has occurred due to an honest error.

It, therefore, would appear that an employer would be likely to avoid liability for underpayments under the new law if they had acted upon professional advice, albeit that such advice turned out to be wrong.

The Wage Theft Bill establishes the Wage Inspectorate Victoria which will have wide powers to investigate possible offences and bring criminal proceedings. Its inspectors will be able to exercise entry, search, and seizure powers.

One of the criticisms of the Bill is the overlap that the work of the Inspectorate with that of the Fair Work Ombudsman who has similar powers in respect of investigating and prosecuting underpayments.

I don’t have employees in Victoria, do I have anything to worry about?

The Federal Government and various other State Governments have also discussed the prospects of criminalising underpayments of staff in the future, so Victoria might soon not be alone in legislating for wage theft.

In any event, as discussed above, businesses and individuals can still be liable for underpaying staff under existing provisions in the Fair Work Act 2009.

Amendments made to the Fair Work Act 2009 in 2017 (by the Fair Work Amendment (Protecting Vulnerable Workers) Act) also provide that these penalties can be increased by up to ten times (i.e. up to $126,000 for individuals and $630,000 for companies) for a ‘serious contravention’.

A serious contravention happens when the court finds that:

Since 2017, the Fair Work Act 2009 has also provided that franchisors and holding companies (a company that has control over subsidiary companies) can be held responsible if their franchisee or subsidiary doesn’t follow workplace laws, e.g. by underpaying staff.

How can I be sure my business is not underpaying staff?

The first step in avoiding underpayments is undoubtedly to understand what your obligations to pay staff are. The majority of employees in Australia are covered by a “modern award” (an industry or occupation-specific set of rules which, among other things, sets the minimum wage of employees covered by the award. Awards also contain rules about payments for overtime, weekend work, allowances, loadings, etc).

If you are not aware of which award(s) cover your business, it will be virtually impossible for you to determine if employees are being paid correctly.

If you have previously taken the position that no award applies to your employees – you should make certain that this remains the case going forward. The reach of the Miscellaneous Award 2010 (an award that operates to “mop up” many employees who are not covered by any other award) will be extended on 1 July 2020; EI Legal previously shared an article on changes to the Miscellaneous Award. The likelihood of an employee being truly award-free will therefore reduce.

The minimum rates payable to employees change frequently. The Fair Work Commission has recently announced that depending on the industry of the employer, there will be a minimum wage increase of 1.75% on either 1 July 2020, 1 November 2020 or 1 February 2020.

Once you have established the correct minimum wage, you should regularly review this against the working pattern of your employees (bearing in mind the entitlement to overtime, penalty rates for working certain unsociable hours, allowances, loadings, etc).

One way to help ensure compliance would be to use a payroll system which has the pay rules from the relevant award built into it – so that you can be sure that when you input the working pattern an employee has worked, the relevant minimum wage will be automatically be calculated.

Unless you are keeping accurate records of the hours employees work it will be very difficult to ascertain whether the wages or salary they are being paid is sufficient to meet their entitlements. It is also a requirement under the Fair Work Regulations 2009 to keep a record of the amount of overtime an employee works. One option would be to consider using payroll or HR software with functionality to capture employees’ hours through employees “clocking on and clocking off” through an app on their mobile phones.

If in doubt, engage a third party to perform an audit

Our employment law firm, EI Legal is frequently required to perform audits of clients’ payroll practices. Such an audit can be created bespoke to a business’ needs, but often involves considering a range of employees over a set period of time (usually a few pay periods) and considering the rates they have been paid compared to the actual hours they have worked.

This provides businesses with an invaluable insight as to whether employees are being paid correctly or whether measures need to be taking to remedy any shortfalls.

Underpayment Claims: The Elephant in the Room – Payroll Setup

If you require legal assistance in any matter relating to engaging employees please contact EI Legal.

This article was originally posted on 25 June 2020 by the team at EI Legal; True Crime: Victoria Passes Wage Theft Bill